Here's a new one I've been messing around with, a set from one my favorites.

I started with a few stills of the set and photomatched them in sketchup. You can see how I blocked out all the objects in these preliminary matches. 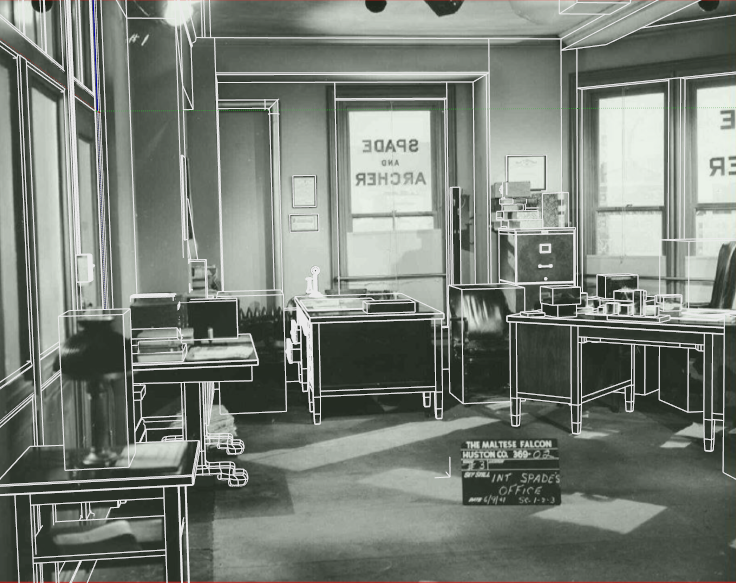 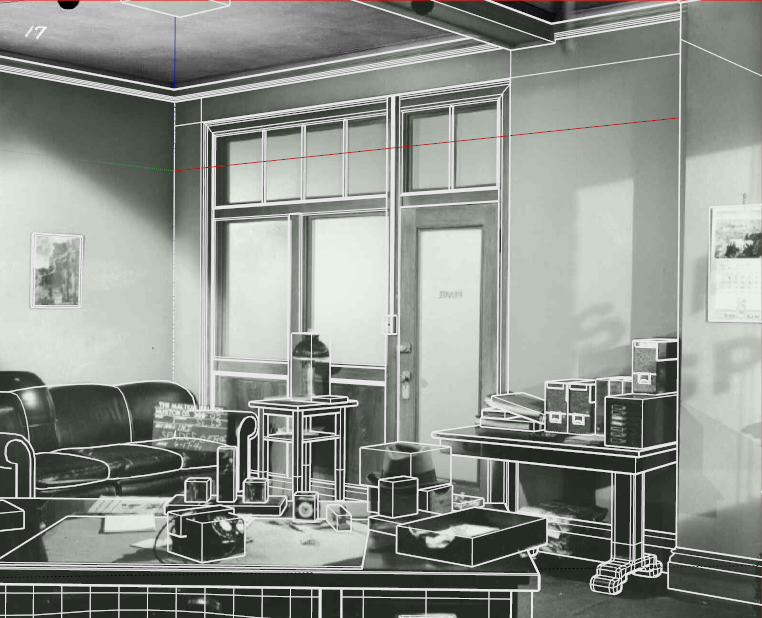 a lot of blood sweat and tears later, here's a quick render of where I've got to.

and here's a rough overhead layout 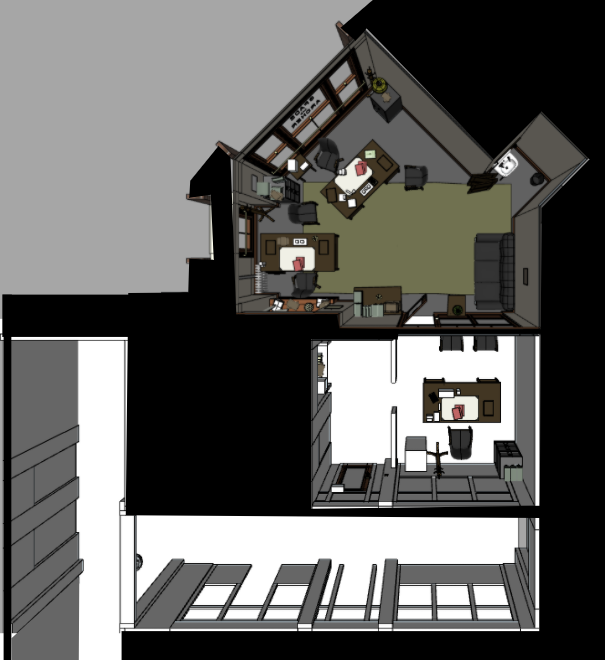 I've discovered a lot of interesting things along the way.

For instance I can say for certain that Spade's office is located on Market Street between the Call Building Tower (now demolished) visible behind Archer in the opening scenes: 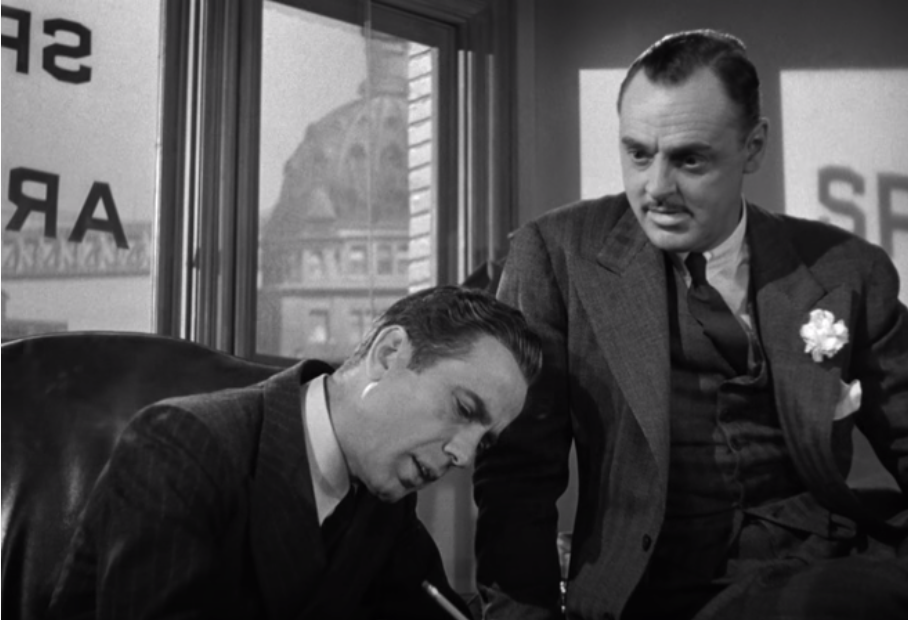 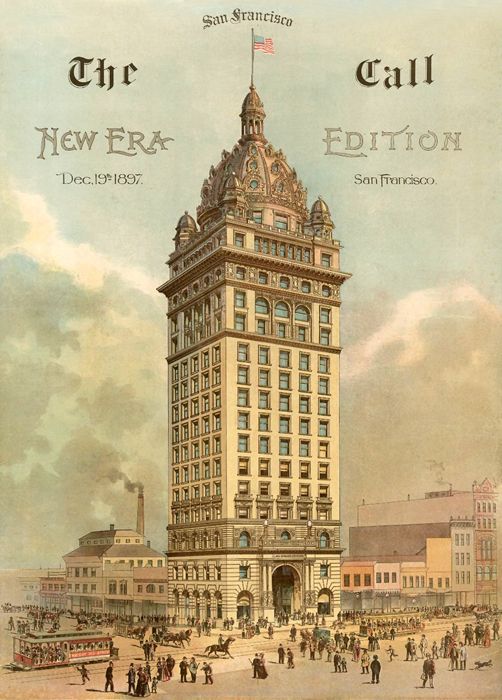 and on the other side the Humboldt Bank Building, visible behind Mrs Archer later on. 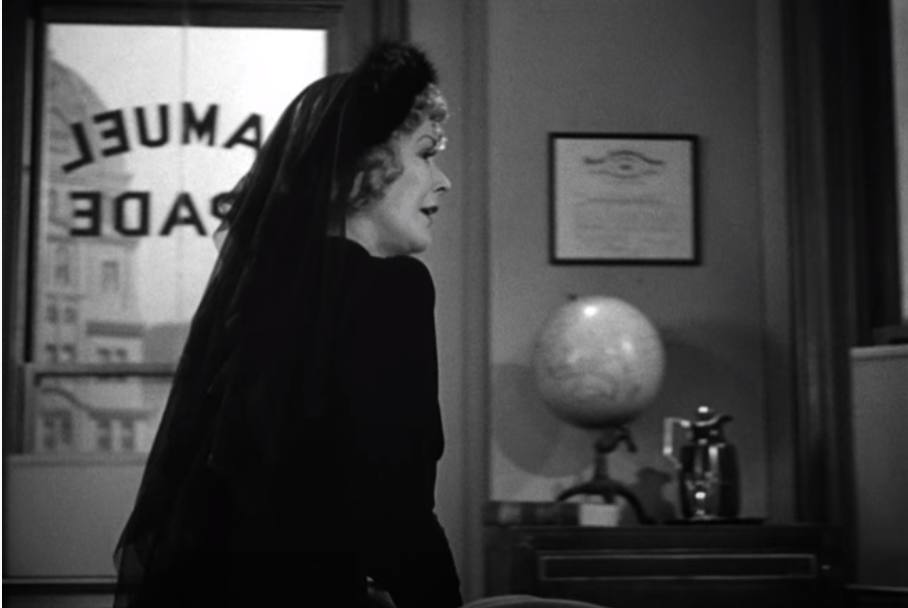 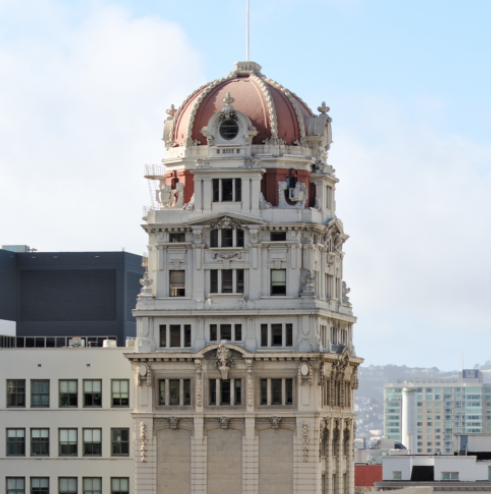 which puts it somewhere in this photo from 1930 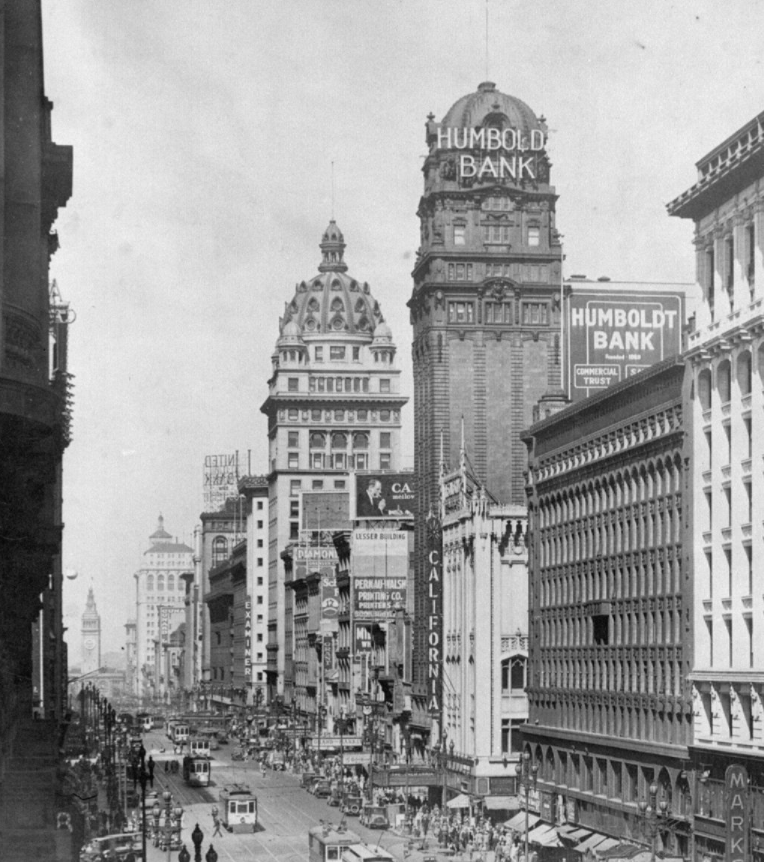 of course it must be said, if you're familiar with San Francisco geography, that if it was really between those buildings the windows would face west, putting the bridge behind the office-- not visible as shown prominently in the movie. It seems a little artistic license was taken, but I always love that kind of thing.

My model right now is somewhere between a movie set and a real location.

At one point I did consider reconstructing the actual city outside the office (in some miniature way) based on a giant civic model of San Francisco that was made in the 40s. San Francisco scale model finally home after 77-year absence

but there are too many fun details of the movie set that will get lost.

For instance out the window are all the lighted signs for fictional locations (as far as I can determine), like the Cubana, the Madison, the radio station KLVW, and a partially hidden sign for a Hotel L'Aiglon (The Eagle in French. )

Some visible in this super rough render made in Twinmotion. Basically looks like a 90s videogame, but I think it's kind of satisfying.

still to be built is the Ronson Touchtip lighter, the stapler, the radio, intercom, Spade's hat, and an ashtray with a dog statuette visible only in one closeup of Mary Astor (a rude but subtle name calling? As Joan Crawford might put it "There's a name for you ladies, but it isn't used in high society... outside of a kennel.") Didn't think I was so close to finishing the main office!

I have Effie's outer office blocked in and need to detail that, then maybe the hallway. Still have to work out the rest of the exterior and the Humboldt Bank Building.

then after that I might as well have Archer taken off the windows and Samuel Spade put on... redo the office and add the package with ... you know.. the bird.